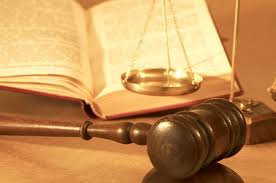 In recent decades, as a result of congressional action (chiefly the Federal Arbitration Act (FAA)) and pro-arbitration judicial opinions broadly interpreting the FAA and prohibiting state regulations of arbitration based upon federal preemption doctrine, arbitration clauses have been largely upheld and have become ubiquitous. Whereas financial institutions and other private arbitration advocates have long touted private arbitration as an efficient and cost-effective method of dispute resolution, consumer rights advocates have called out for change arguing that mandatory private arbitration creates inconsistency in outcomes, offers a very limited basis to appeal wrong decisions, lacks transparency as the proceedings are not part of the public record, and actually increases costs for the consumer plaintiff—which ultimately means that consumers are much less likely to be able to secure legal representation to seek relief for the harms they suffered. Further, consumer advocates assert that class action waivers effectively eliminate the ability to hold corporate defendants accountable when the alleged damages may be quite small yet thousands, or perhaps even millions, of consumers were injured, because the inability to aggregate the claims of the many victims in a consolidated class case would necessitate a myriad of individual cases that would become much too costly and inefficient to litigate on an individual basis.

It is important to note that this is just a proposed rule—there is a 90-day comment period starting from when the proposal is entered into the Federal Register, and then the CFPB will assess the comments and submit a final rule. Even then, if the rule is adopted, it will likely face judicial challenge given that the opponents of the rule are well-funded groups associated with national banks, institutional creditors, and other large corporations. Also, even if adopted, the rule would only regulate financial institution products (given the scope of the CFPB’s rulemaking authority), and even some financial products are exempted from the rule.

The full text of the proposed rule can be found online here.