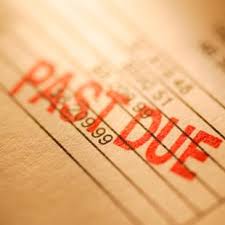 A recent decision by the Seventh Circuit in the consolidated appeals of McMahon v. LVNV Funding, LLC and Delgado v. Capital Management Services, L.P. , suggests that debt collectors need to take heed when collecting on debts for which the limitations period related to the underlying claim has expired. In both cases, the consumer plaintiffs had alleged that specific collection attempts violated various provisions of the Fair Debt Collection Practices Act  (“FDCPA”) (15 U.S.C. § 1692, et seq.). In McMahon, the dunning letter sent to the consumer was an attempt to collect on an alleged utility debt that originated about 14 years prior. In Delgado, the alleged debt was about eight years old. In both cases, the applicable limitations period had long since passed. Perhaps the most notable fact regarding both collection letters is that neither of the letters directly threatened litigation on the time-barred debts, as previous case law already supports FDCPA violations for such conduct (e.g., Herkert v. MRC Receivables Corp., 655 F. Supp. 2D 870 (N.D. Ill 2009). However, favorably citing a Federal Trade Commission Report titled A Broken System: Protecting Consumers In Debt Collection Litigation and Arbitration , the Court reasoned that it’s likely that many consumers do not understand their rights (not to be sued) with regard to time-barred debts, and therefore may be misled into believing that if they do not pay the settlement amount that the debt collector will then initiate litigation. The Court also addressed concerns that in the absence of any explanation that the limitations period has expired, unsophisticated consumers could be coaxed into making even a small payment on the debt, unaware that such a payment may restart the limitations period pursuant to state law. This holding by the Seventh Circuit decision stands in conflict with previous sister circuit court decisions, by the Third Circuit in Huertas v. Galaxy Asset Mgmt., 641 F.3d 28 (3rd Cir., 2011) and by the Eight Circuit in Freyermuth v. Credit Bureau Services , 248 F.3d 767 (8th Cir., 2001), and is likely to cause some ripples throughout the debt collection industry.