By Michael Fuller, Commercial Litigation Attorney
A new Oregon court opinion may provide relief to consumers still struggling to recover from the housing crash of 2008. 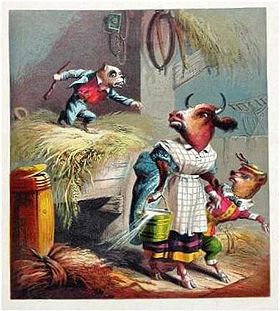 Last week’s ruling in In re Watt forced a senior lien holder to accept title to a home surrendered in chapter 13 bankruptcy.
Under Oregon property law, even after a home is surrendered, its owner remains liable for HOA dues incurred until foreclosure.
“Many people aren’t able to move on with their financial lives, even though they walked away from their homes years ago,” says Oregon bankruptcy attorney Rex Daines. “They’re stuck paying HOA dues on surrendered homes because their banks refuse to foreclose.”
Until last week, homeowners in limbo had no legal way to force their banks to accept title to surrendered property. The new In re Watt opinion may change that.
The opinion, written by Judge Trish Brown, acknowledged that, “– in this post-2007 world, debtors may find themselves in a position where lenders are reluctant to foreclose on their collateral, particularly where foreclosure would obligate the lender to pay homeowner association assessments that run with the property.”
She continued, “It reminds me of the old adage of the dog in the manger. The dog cannot eat the hay but refuses to let the horse or the cow eat it either. BONY Mellon would rather sit on the hay. This creates a stalemate.”
Judge Brown reasoned that the Bankruptcy Code contained no express language requiring a mortgage company’s consent to accept title. “In the absence of such language, I find that a plan which provides for vesting of property in a secured lender at time of confirmation may be confirmed over the lender’s objection.”
The ruling is the first of its kind in Oregon, and only one of a few across the country. Bankruptcy courts in Hawaii (In re Rosa) and North Carolina (In re Rose) have reached similar conclusions, but neither court held that a bank can be forced to take a title back under protest.
For more information, see also: Dealing with Mortgage Owners Who Won’t Foreclose — A Possible Bankruptcy Option, Central District Insider, California Bankruptcy Court News, (August 5, 2014)