The term ‘chapter 20’ means a consumer who files chapter 13 bankruptcy within four years after receiving a discharge of debts in chapter 7 bankruptcy. 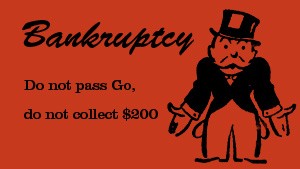 In 2007, the Blendheims filed a straight liquidation Chapter 7 bankruptcy to wipe out their unsecured debts. The day after receiving their Chapter 7 discharge, the Blendheims filed a second bankruptcy case under Chapter 13, in hopes of restructuring mortgages on their condo in West Seattle. The condo was worth about $450,000 and the couple owed $347,900 on their first mortgage and $90,474 on their second mortgage.

The first mortgage holder, HSBC, filed a proof of claim but failed to attach a copy of the promissory note, as required by the bankruptcy rules. The Blendheims objected, and the bankruptcy court, having heard no response from HSBC, disallowed the claim.

The Blendheims later sought an order voiding their first mortgage lien, under the theory that HSBC’s disallowed claim permitted the court to eliminate HSBC’s state-law right of foreclosure. The bankruptcy court agreed with the Blendheims, and HSBC appealed. See related post: 11th Circuit Allows Second Mortgage “Strip Off” in Chapter 20 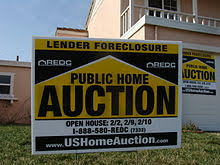 HSBC argued on appeal that the bankruptcy court could not void its first mortgage lien because the Blendheims were not eligible for discharge under Chapter 13. HSBC also raised due process issues and argued that the Blendheims’ plan was filed in bad faith.

The appellate panel held that the Blendheims could permanently void HSBC’s mortgage lien upon completion of their chapter 13 plan, whether or not they were entitled to a discharge. The court reasoned that the language of § 506 simply did not impose a discharge requirement on a debtor’s ability to void a lien.

The panel also held that the Blendheims’ plan was filed in good faith, based on their valid reorganizational goals and lack of egregious behavior. The panel acknowledged that successive bankruptcy filings did not constitute bad faith per se.

Michael Fuller is a partner at Olsen Daines in Portland, Oregon and a consumer law adjunct professor at Lewis & Clark Law School.