Most consumer and personal injury lawyers represent clients based on a contingency fee agreement. That means that the attorney will not get paid unless the client receives a settlement, award, or judgment in their favor. Many firms and attorneys defending lawsuits charge by the hour. They are then paid monthly by the corporate defendant or insurance company. This can often result in defense lawyers using tactics that are meant to drain the plaintiff’s attorney’s time, money, and resources in an effort to force the plaintiff to settle or divert the plaintiff’s lawyer’s attention from the critical issues in the case. These tactics can come at a price though, and an unpublished Ninth Circuit opinion sheds some light on the remedy available to a party who is subjected to litigation shenanigans. 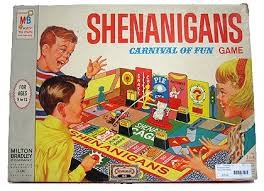 You are probably wondering how was the plaintiff was able to force the defendant Insurance company to pay double the amount of her attorney fees. Thankfully, John Acosta, United States Magistrate Judge, drafted a 56-page order that provides a clear road map for lawyers who are seeking an attorney fee multiplier in Oregon. In this breach of insurance contract case, Judge Acosta found the plaintiff had satisfied the proof of loss requirement under ORS 742.061. As a result the defendant was forced to pay plaintiff’s reasonable attorney fees. The question then became: what is the reasonable amount of fees?

The court then delved into the factors under ORS 20.075(1). The court evaluated the parties’ respective pre-litigation conduct and did not look kindly at Metropolitan’s attempts to resolve the case on unilaterally established terms. The court also looked at the objective reasonableness of the claims and defenses asserted by the parties under ORS 20.075(1)(b). In addressing that factor the court acknowledged that the case was a simple breach of contract case. However, the defense asserted unreasonable defenses in its answer, and advanced unreasonable arguments to use as the equivalent of defenses. For example, the defense asserted a merit-less “Fraud” defense. This is a common defense tactic in consumer cases, and the court did not take kindly to it. The court then delved into the various other ORS 20.075(1) factors and found they either weighed in plaintiff’s favor or they did not apply.

The court then turned to the ORS 20.075(2) factors. On review, the Ninth Circuit found that “the district court thoughtfully, carefully, and thoroughly considered each of the factors set forth in Oregon Revised Statutes §§ 20.075(1), (2) in light of the record as a whole. Beck, 727 F. App’x at 330-31. In doing so, the court addressed the prevailing market rates for legal services in the relevant community. In this case the plaintiff’s attorneys submitted expert declarations as expert evidence of the plaintiff’s attorneys’ skill and experience in insurance law and to support the hourly rates she requested. The court used the expert opinions and the 2017 Oregon State Bar Economic Survey to assist in establishing the attorneys’ respective hourly rates.

The court also addressed whether the fee is fixed or contingent factor under ORS 20.075(2)(h). The plaintiff’s lawyer initially worked under an hourly fee and then transferred to a contingency fee. The Beck case is similar to many consumer cases, because the defense used tactics which made it impossible for the plaintiff to pay the lawyer an hourly rate. However, the firm representing Ms. Beck continued to be able to do so under a contingency fee agreement. The court noted that the defense’s litigation strategy increased the risk to Beck’s attorneys that they might not be fully compensated for their time, and that factor weighed in favor of an attorney fee award. 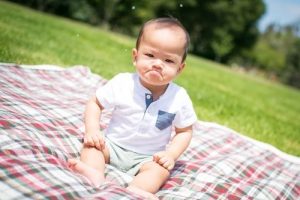 The court then addressed the attorney fee multiplier. The court noted, “Oregon law permits an enhancement of fees when it is supported by the facts and circumstances of the case. See Griffin v. TriMet, 112 Or. App. 575, 585 (1992) aff’d in part and rev’d in part, 318 Or. 500 (1994) (approving trial court award of 2.0 multiplier).” The court then spent significant time addressing the facts leading up to the litigation and the defense’s litigation tactics. The court noted that the defense’s efforts to attempt to obtain irrelevant evidence through the discovery process, using theories that lacked any relevance, and the defenses disorganized or deliberately untimely approach to raising various issues resulted in the plaintiff incurring fees for having to respond to both the substance of the issues and their “procedural infirmity.”

However, the court limited the 2.0 multiplier to the fees the plaintiff only incurred during the litigation. The court concluded that pre-litigation fees that were incurred were not subject to the multiplier because the defense’s litigation counsel played no role in the parties’ negotiations.

Judge Acosta provided the legal road map to guide future litigants facing a defendant who desires to engage in litigation shenanigans in a fee shifting case. Hopefully the opinion will have a deterrent effect and help litigants combat such litigation tactics. The opinion is also a fantastic example of the various issues a fee petition should address and the arguments a fee seeking party may face. Lastly, the opinion is an excellent example of the facts and factors the court looks to when deciding if a fee multiplier is appropriate in a particular case.